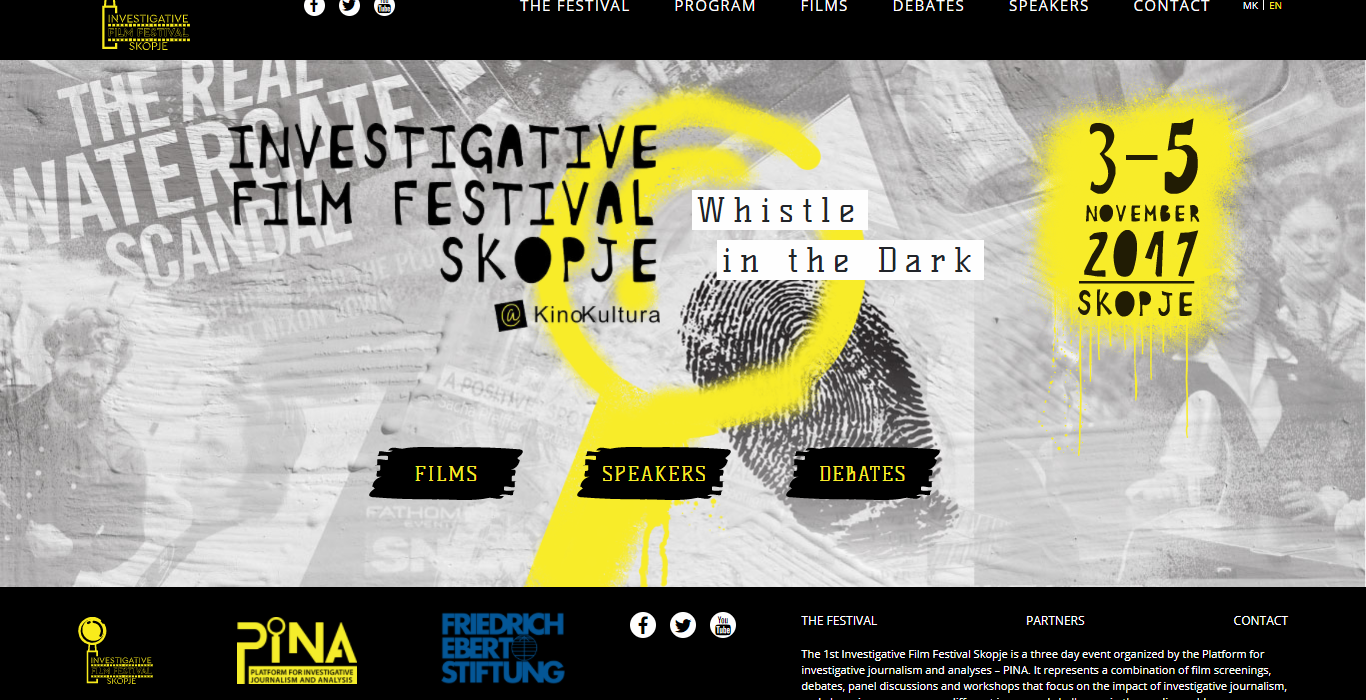 The Investigative Film Festival will take place for the first time in Skopje, from 3 to 5 November 2017, organized by the Platform for Investigative Journalism and Analysis – PINA, in cooperation with The Foundation “Friedrich Ebert”.

The first festival of its kind in the region, IFFS unites local, regional and international issues related to journalistic challenges and endeavors. The three-days festival program includes documentaries, workshops, discussions and debates with distinguished and relevant guests from Macedonia, the region and worldwide. The first edition of the Festival carries the slogan “Whistle in the Dark”, since the opening is dedicated to whistle blowers who reveal information in public interest.

Although IFFS is a festival for investigative journalism, the organizers believe that by combining  a variety of genres tackling this topic, will attract a wide audience, even those who may not not directly working on media related issues. The films in the festivals program reflect the journalistic work in every societal segment, such as the privatization process in Croatia, tax evasion in the UK, the bird curve in Serbia, pollution in Macedonia, as well as the survival of print media in the digital world.

The festival debates and workshops embrace different topics and benefit from the presence of distinguished guests: the importance of freelance investigative journalism (having the British journalist Craig Shaw as guest), how to finance an investigative film through crowdfunding (Dario Jurichan and Sasa Paparela), workshop on low-budget documentaries, filmed with mobile phones (Rob Montgomery), the story of a freelance military reporter (Barbara Skyavuli), the challenges faced by investigative journalists in the region. One of the guests at the Festival is a 19-year-old teenager from Veles, who worked in the fake-news industry and will publicly speak for a first time.