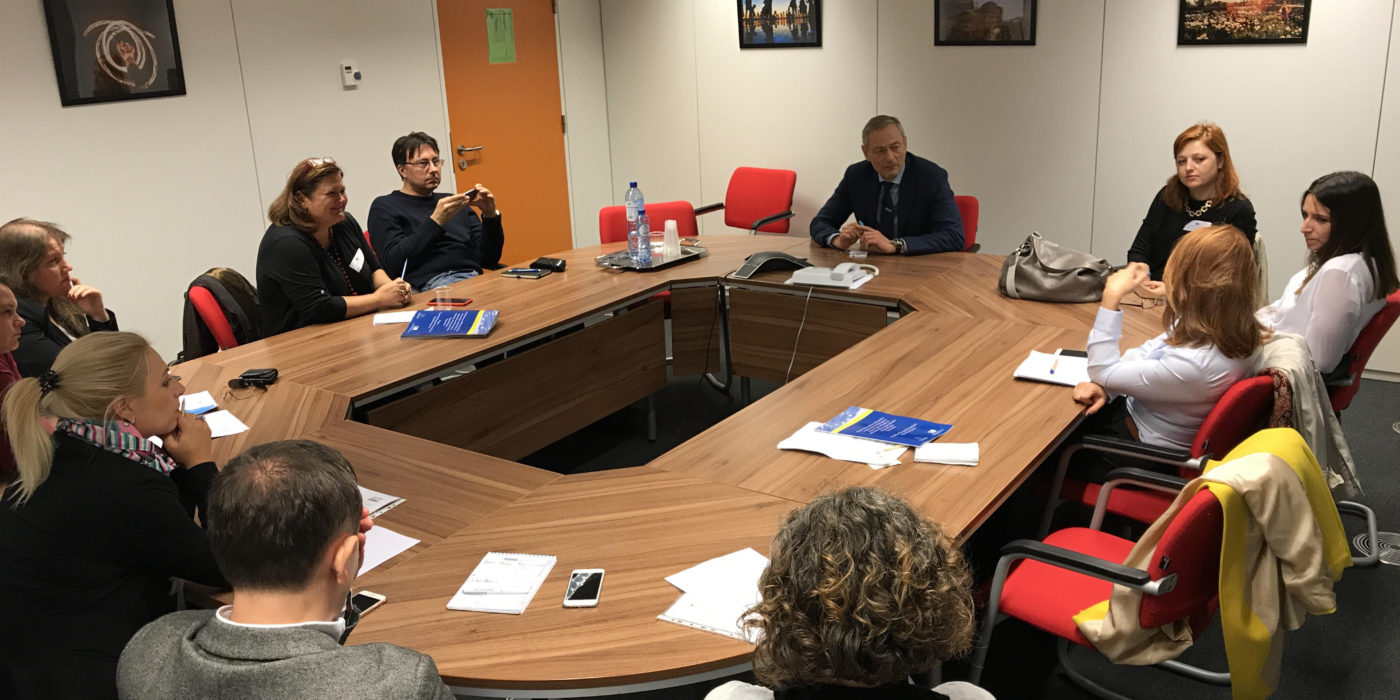 The Directorate of the European Commission for Neighbourhood and Enlargement Negotiations (DG NEAR) is concerned about the non-transparent, partocratic and corrupt co-financing of media content in Serbia.

European parliamentarians, representatives of the European Commission and other institutions in Brussels, expressed concern at the beginning of this week over the growing pressures on media, on the threat to freedom of speech and non-respect of democratic procedures in Serbia.

Endangered media freedoms, threats and political pressures that journalists face on a daily basis, censorship and auto-censorship show a worrying state of media in the Western Balkans – it was concluded on a three-day study visit of media representatives from seven Balkan countries to Brussels, within the project “South-East European Partnership for Media Development”.

Jovana Polic and Mladen Velojic, portraying the views of Serbian media organizations, introduced representatives of the most important European institutions with the current alarming situation in the Serbian media and the reasons for launching the “Stop Media Darkness” campaign and forming the Media Freedom Group.

“Contact us and submit all information about violations of human rights, which certainly involve media freedom. Our role is to do everything in our mandate to stop pressures on the media, so that journalists can do their job without having their hands tied, in order to protect the public interest,” said MEP Renate Weber.

Polic and Velojic informed representatives of Brussels institutions about partocratic influences and corruption of the highest representatives of the state, as well as local people in power, regarding the allocation of state money for the media in Serbia. The Chief Media and Civil Sector Advisor to the European Commission’s Directorate for  Neighbourhood and Enlargement (DG NEAR) Andris Kesteris expressed concern, but also the readiness of the Commission to react due to the non-transparent process of co-funding media content in Serbia, for which the state institutions and local governments are responsible.

Representatives of The South East European Network for Professionalization of Media (members in Serbia – Media Center Belgrade and Media and Reform Center Nis) reported the situation in the Serbian media, as well as in the media in the Western Balkans, to the European Commission Directorate-General for Communications Networks, Content and Technology (DG CONNECT), the International Federation of Journalists, Global Media Development Forum and non-profit EAVI – the European Association for Viewers Interests.