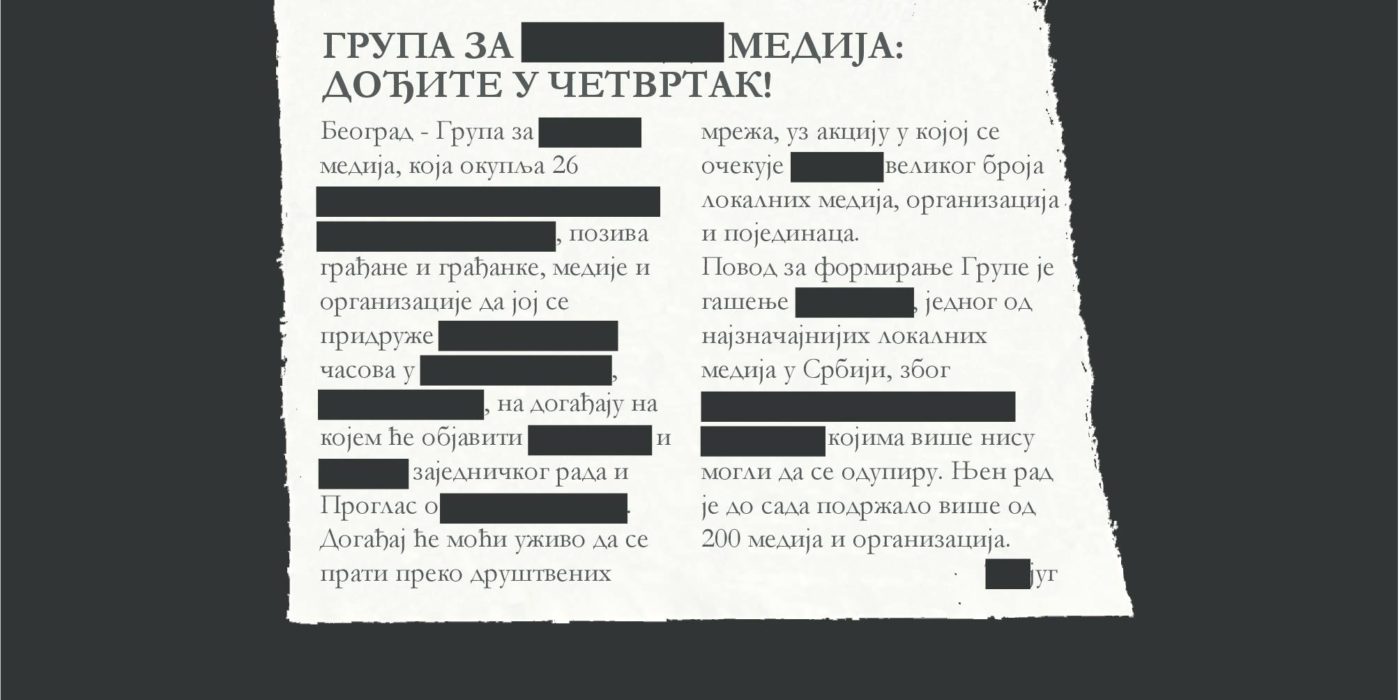 The Media Freedom Group is organizing a gathering of journalists, media, civil society organizations and citizens ready to fight for media freedom in Serbia on Thursday, October 5, at 20:00 in Dorćol Platz in Belgrade. During the event, the participants will sign The Freedom of the Media Declaration – a joint document that will contain the basic reasons for the gathering and the future initiatives of the Group.

Citizens will be able to watch the event live online on social networks and independent media portals. Online actions will also be organized where a large number of local and national media, organizations and individuals are expected to participate. Instructions for participating in online actions will be published today on the Facebook page of The Media Freedom Group.

To remind, the first action of The Media Freedom Group – Stop the media darkness! happened on September 28th. Citizens, media and civil society organizations have darkened their profiles on social networks and websites and interrupted the broadcasting of TV and radio programs.

Over 300 media and organizations participated in the action. Only on social networks, the campaign reached 482,000 citizens in the first 24 hours. The audience of online, TV, radio and print media should also be added to this number. Software and graphic solutions for darkening websites that The Group created were downloaded 296 times, and it is estimated that at least 50 other portals used their own. Daily newspaper “Danas” printed “Vranjske” with the articles prepared by the journalists of this local media, while the weekly “Vreme” and “Novi magazin” printed freedom of speech messages on the front pages. Newspapers magazine “Kikindske” was also printed with a black tape and a message “this is what it looks like without media freedom”. The action was also joined by citizens who participated by a darkening of profiles on social networks.

The direct cause for the founding of the Media Freedom Group and initiating the fight for media freedom in Serbia is the shutting down of Vranjske, one of the most important local media in Serbia, due to constant political and economic pressures.