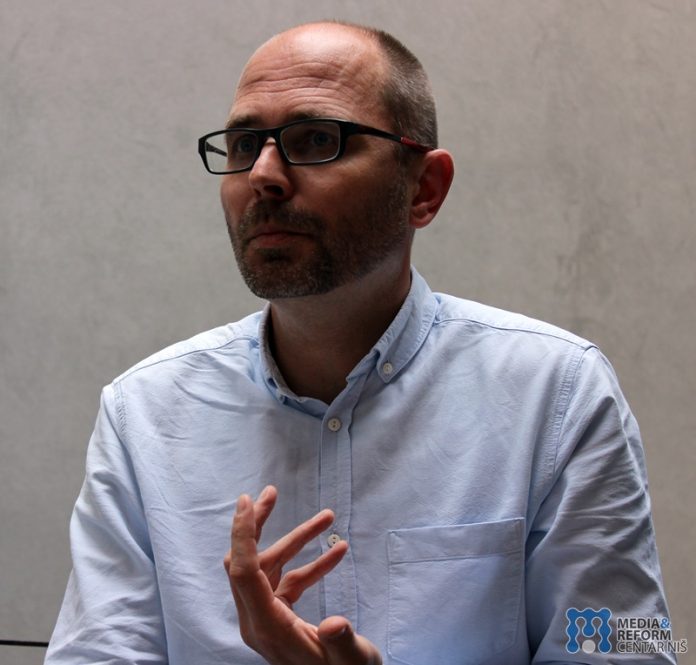 Are Serbian media available to young journalists? Do media owners and editors in the West use their potential more than Serbian media? How to fight censorship?

We discussed these dilemmas with the journalist and coordinator of the Deutsche Welle Academy in Serbia, Klaus Dahmann. According to him, media workers in Serbia still do not use young journalists’ potential.

“This is not flattering for young people. There are many young people who have the knowledge on how interesting, attractive and useful journalism should look like. We have, for example, very successful “YouTubers”, who are actually new stars for young people. Journalists can learn from them how to reach a young audience. They have more followers than some big media. Why? Because they instinctively know what the audience is attracted by – the way and language they should be addressed. This is something that is completely underestimated in this part of the world, “explains Dahmann.

He adds that experience should not always be crucial ,when it comes to hiring young journalists.

“In my early days, when working in a new editorial office, it was quite natural for my boss to ask me: Tell me openly what you think – what should I change? This position is contrary to most media bosses attitudes I have seen here in Serbia. It should not matter how much experience you have. You, as a young journalist, are a potential audience. Your opinion is important, and, with the knowledge you have, even without much experience, you can better evaluate what goes wrong with some media. The openness and perception of a young, new worker, who is not a part of that kind of editorial office, should be important. In my opinion, few people in the media see this potential as something positive and constructive”, says Dahman.

Our interlocutor estimates that people in Serbia often do not dare to embark on something that might bring their authority to question. The idea that recent gradutes do not know much is actually a failure. “Young people should be given space and time to create new ideas!”

Censorship – a problem for both media workers and the audience

Klaus Dahmann points out that censorship is not only a problem for media workers, but also for the audience.

“The media market in Serbia depends on financing and it does not function according to marketing principles. It also depends on project financing, advertisements, ordered or not ordered, according to some political principles. Economic pressure is perceived as much greater than a direct political one. It is important for companies to operate more independently, in relation to politics and politicians, and for the politicians themselves to realize that controlling everything, and the media market, actually makes no sense and there is no future in it. Media independence is a required task in which all actors, even audiences, must take part”, adds Dahmann.

Dahmann advises young journalists facing censorship to create their own media. “Start a portal, a Youtube channel or even an app – new media often come from such initiatives. That does not have to be a big financial investment, but an investment of one’s own energy. Establishing a blog, vlog, or a Youtube channel is not a big financial expense. Journalism in the technical sense is becoming cheaper, as we no longer need a camera to do something. With any phone, you can record and edit everything! New technologies and social networks make it easier for young journalists to work. For example, Facebook Live is a powerful tool for journalists nowadays,” he said.

Dahmann points out that, despite censorship, or whoever does it, there is enough room for quality journalism. “Even with a relatively uniform media space, Serbia still has place for quality journalism, using different means from the existing media. Some other options can be explored. If the whole spectrum of journalism was used, media market could not be controlled either financially, or politically,” concludes the coordinator of the Deutsche Welle Academy in Serbia, Klaus Dahmann.

*DW Akademie is the leading German organization for international media development in Serbia. They support the development of free and transparent media, quality journalism, and also offer training to improve journalistic abilities.

*Recently, Media and Reform Center Nis, in cooperation with Local Press organized a Training for Trainers for journalists.