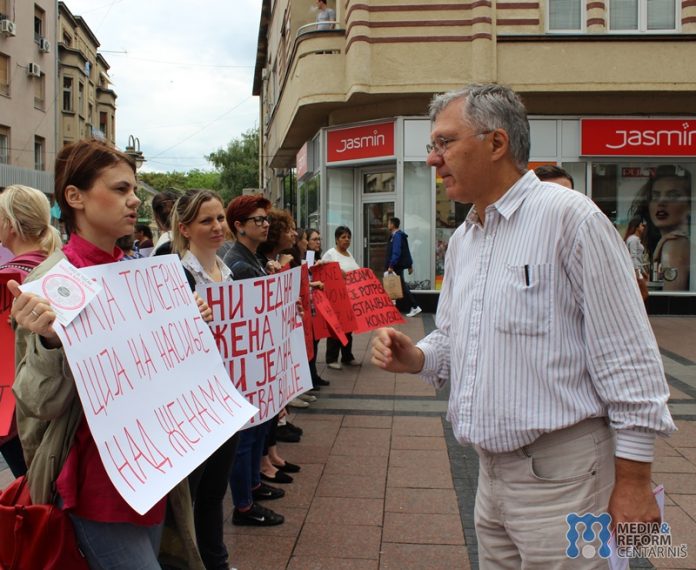 (*In the last three months, the daily Politics has published three articles of the phantom authors. In the section Views, which publishes personal opinions and analyses, fictional authors have appeared with some disputable articles. The last one was the phantom commentary of a certain forensic psychiatrist, a court expert for children custody Ph.D. Peter Velickovic, from Montreal, Canada.)

I notice that writing open letters, insulting, humiliating, lynching, and inventing highly intellectual experts with fictitious titles, uttering undeniable spoofs, are very popular on the Serbian media scene. I too have thought about writing several open letters, but I’m not sure about how effective they would be, given that they would certainly not be the latest news, they would not be aired on national television during prime time, they would not be shocking, scandalous, nor they would contain anything you don’t believe in. But everything is possible nowadays, in Serbia.

In the open letter, with the working title „Respected Politics”, I would not speak about the complete collapse of credibility, the utter irresponsible behavior and the discrediting of the entire journalistic profession. I would not particularly deal with the unintelligent illustration of the text, as well as with the arrogant apology, which additionally offends the audience. I would not pay much attention to the pseudo identity of Ph.D. Petar Velickovic, a forensic psychiatrist, a court expert for children custody from Canada. I would not, as Politics may have really been deceived, and, may not have done all that on purpose, so this would be an ideal opportunity to respect the presumption of innocence, otherwise a rare occurrence in Serbian media.

However, although the text and photograph could have been a simple mistake, after going through as many hands as it is necessary to be published by a serious media, but nobody thinks about checking on an expert, as Ph.D. Velickovic and on his alleged photograph (which is doable in just a few seconds), and although the false text was not tendentiously published, why did no one react to the open relativisation of violence against women and misogynous discourse? I would ask, respected Politics, in an open letter, if we could also get, apart from your apology for the “undeniable spoof of the author of the text”, an apology for your participating in the creation of a sexist climate in Serbia, where the statistics of violence against women and women’s mortality as a consequence, is day by day more and more devastating?

Last year, Informer wrote that “women do not like to work”, then that “the role of a woman as mother is to care for a man”, that “women have the sole goal of educating a man to treat them the way they consider right”, that “today’s women are brainwashed with feminist stories”, and that “women cannot afford to focus on a particular intellectual discipline”. I would write that you, respected Politics, become part of discrimination, and even if at first glance it is not as harmful, it does not alleviate the consequences. Neither diminishes responsibility.

I would write the second open letter to women and girls who endure violence while protesting against it, only to tell them that not everyone thinks that they are protesting because they are “not good housewives” or because they are “paid for it”, in spite of remarks on the street, as well as comments on social networks, which reflect the profound intolerance and rigidity of society in Serbia.

And I would send the third open letter to so called Facebook philosophers, the great men, educated by the Informer’s advice. This letter would probably be the longest, and I would have a big problem – where do I begin? Maybe I should not even speak without being permitted to, because I’m a woman, who knows.

But how can you explain to someone that a woman should not be beaten, if he has been educated all his life that two or three slaps in the face are educational measures? How can you explain the absence of a causal relation between piercings, tattoos, alcoholism, miniskirts and justification of domestic violence, and cabbage rolls and good women? How do you explain that the argument “well-educated women and girls will never allow such things (violence) to happen to them”, as it implies the ability of women and girls to actually allow violence? How is violence allowed by women? A bully asks and waits for you to give him permission, before hitting you in the face? Or “may I kick you in your stomach?” “No, better kick me in the spine”.

Then, how do you explain that rationalization of violent behavior and justification of statements like “if women would cheat less, their husbands would not beat them”, is completely disgusting, and how do you make it clear that a conformist “why does it concern me”, is actually a support of a violent behavior?

I would write an open letter to the institutions and competent authorities, just to ask them if they know how we reached this, and how do we proceed? But, since Serbia is led by those same persons who, in their public discourse, express their love for women journalists who kneel easily, I doubt that this phenomenon is seriously and systematically dealt with.

Every similarity to real people and events is completely intentional.

Image courtesy of Protest in Nis „Not one women less, nor any more dead“; Photo: MRCN/M.S.