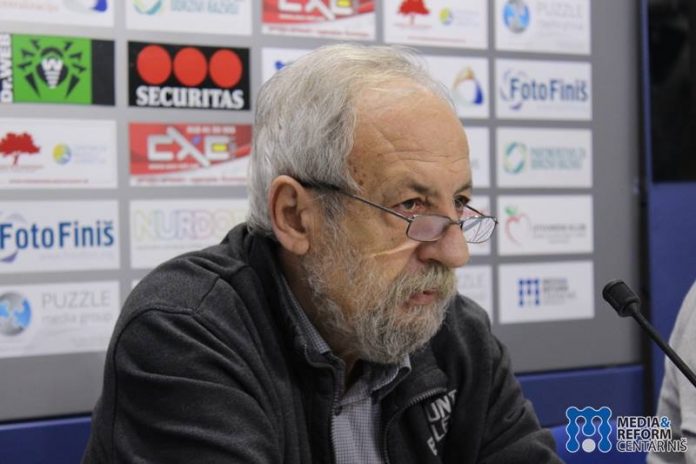 Paradoxes are common for the Serbian media scene, which has been devastated by all authorities, but mostly by the half-century ruling of Aleksander Vučić. However, the announcement made by the owner of the tabloid Informer, Dragan J. Vučićević, that he will form a journalist association, as the existing ones are “para politic”, is the culmination of hypocrisy. Among other things, his association will have the task of “protecting the Serbian president, Aleksandar Vučić, from tabloid attacks”.

For anyone to be a journalist, the owner of the daily newspaper and, in particular, the founder of a journalist association, it’s mandatory to respect the professional standards of the profession. And someone would have plenty of problems passing even as a regular journalist, if he insults everyone who does not think like him, announces on TV Pink a coup that never happened, spreads lies, and insults opponents in every possible way, among other things, on a national level, in a column signed with his full name. Of course that would happen in a country that is democratic, and that has a regulated media market and guaranteed freedom of expression. Serbia is unfortunately the opposite of that, thanks to Vučić and his media outlets – Informer and TV Pink.

The scheme underlined by Vučićević in explaining the need for a new professional association follows the current authorities discourse about media – those who disagree with the current Serbian authorities and their alpha and omega, Aleksandar Vučić, are foreign hirelings. This happens at a time when Serbia records “never better economic results that do not relate to Western power centers that, like the State Department, finance Rodić (the owner of tabloid Kurir)”, estimates Vučićević, who is in a kind of war against its tabloid brother in arms Kurir.

Vučićević, however, forgets that, when working for Kurir, he did not practice the high professional standards he is talking about now, but he actively participated in the bliss and demonized various opponents or those who refused to pay the racket. Then he unsuccessfully tried to claim the name “Insider” of the cult TV show created by investigative reporter Brankica Stankovic, and finally, with the Informer, he settled in the warm and financially generous wing of the current government.

The para state “Informer” then began a crusade against the opponents of the authorities, not taking into account the facts, the truth, the professional codes, and what is called home-based education. In all of this, the only thing that mattered was to denigrate opponents as much as possible, to promote the new firm hand saver Aleksandar Vučić’s, devastate the media scene and reduce already low level of citizens’ confidence in the media. All for the purpose of promoting the only and supreme source of all truths and all knowledge – Aleksandar Vučić.

The latest step on this path is the announcement of the establishment of a new journalist association, as UNS and NUNS “are silent because they obviously deal with politics, because their profession is the ninth hole in the game, because they are not interested in professional norms and standards. They should point out anomalies and professional illnesses in society,” said the self-appointed Serbian media messiah. The man who owns and runs a newspaper that, according to the Press Council, from March to December 2016, violated the professional code 1208 times, which is 22 percent of all violations and occupies a high second place on that shameful list, just next to the obscure Serbian “Telegraph”.

All this shows the understanding and implementation of the popular notion of post-truth in Serbia – the truth is what the authorities want it to be, regardless of the facts. And the goal justifies every means, including the use of printed newsletters under the false name of a daily newspaper such as “Informer” and primitive propagandist and PR like Vučićević, who represents himself, without any basis, as a journalist.