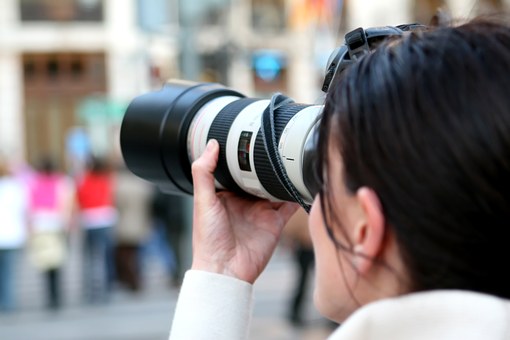 A widespread opinion among the local powerful people, especially politicians, implies that journalists are less worthy citizens, in relation to whom everything is permitted. Especially female journalists suffer bad treatment, as they are often the target of sexist attacks and suggestions. These days, even Saša Janković, the presidential candidate and politician of civic orientation, joined  the series of insults, harassment, humiliation, sexist remarks and indecent proposal which are a custom of SNS, the party in power.

When a TV N1 reporter asked Janković  about the new name of the movement he had formed, he answered that”If tell you, I would have to kiss you”.

“Without measuring the weight of the insults continuously directed to journalists, both by the government and by the opposition, N1 strongly condemns this kind of response as inappropriate and totally unacceptable,” was TV N1 reaction, published on Thursday, two days after the event. Meanwhile, Saša Janković tweeted his apology for this kind of behavior and said he regretted such a joke. This doesn’t mean that the series of sexist remarks at the expense of female journalists seizes, but to tell the truth, it continues in a milder form.

Members of the ruling party SNS, led by Prime Minister-President Aleksandar Vučić, dominate the long series of arrogant attitude towards journalists. Vučić himself used to argue, insult, belittle, yell and prevented from doing their job female journalists  from Insajder, Istinomer, Blic and RTS. As an example, in February, during the TV show of Olivera Jovicevic on RTS, he interrupted the host for 45 times, using inappropriate words, he asked her quarrelsome 27 questions, and made 29 accusations against RTS and the host.

Such quarrelsome and disparaging attitude encouraged others, such as former Defense Minister Bratislav Gašić. He is known for his statement that “he loves female journalists who kneel easily“, given December 2015 in Trstenik, addressed to a TV B92 reporter. This primitive, undermining and sexually open statement caused public outrage, to which Aleksandar Vučić agreed, announcing the rapid shift of Gašić. Instead of a replacement we have been waiting for months, Gašić was awarded the position of director of the Security Information Agency.

All this proves that SNS’s position, and its leader’s Vučić, towards journalists is disparaging and full of contempt. And according primitive machos logic, female journalists are even less worthy than male journalists, who are treated as worthless. After all, this is no different for Serbian citizens who dare to ask a question or ask for an explanation from the Government and the Prime Minister.

Because of the general climate in society dictated by the SNS, even the smallest attack or improper remark at the expense of journalists is unacceptable. Those who fight for democracy and decent Serbia, must stay miles away from Vučić’s SNS.

That is why, earlier conflicts between movement leader Dosta je bilo Sasa Radulovic with journalists of TV Studio B and TV Pink, which can be characterized as a propaganda agency but as media, are unacceptable.

Otherwise, actions even remotely resembling those those of SNS members, can get people dragged into a world of populism, empty and false promises and create a fabulous and false image of Serbia, whose citizens are suffering increasing pressure of autocratic government, and of their self-proclaimed saver Aleksandar Vučić, who mostly works, it seems to me, for the benefit of his party followers.

That would be a certain way of losing democratic legitimacy, moral credibility, political capital and the confidence of the citizens of Serbia.

I also believe that responding to offences like the one in the Informer, like the term SCUM by the US Ambassador Scott, quoting Prime Minister Vučić, is not useful or effective. Those offences should just be ignored, as such media, sponsored by the Government, aim to involve us in confrontational politics, launched with the intention to undermine, stultify, belittle and destroy everything that is worth in Serbia.