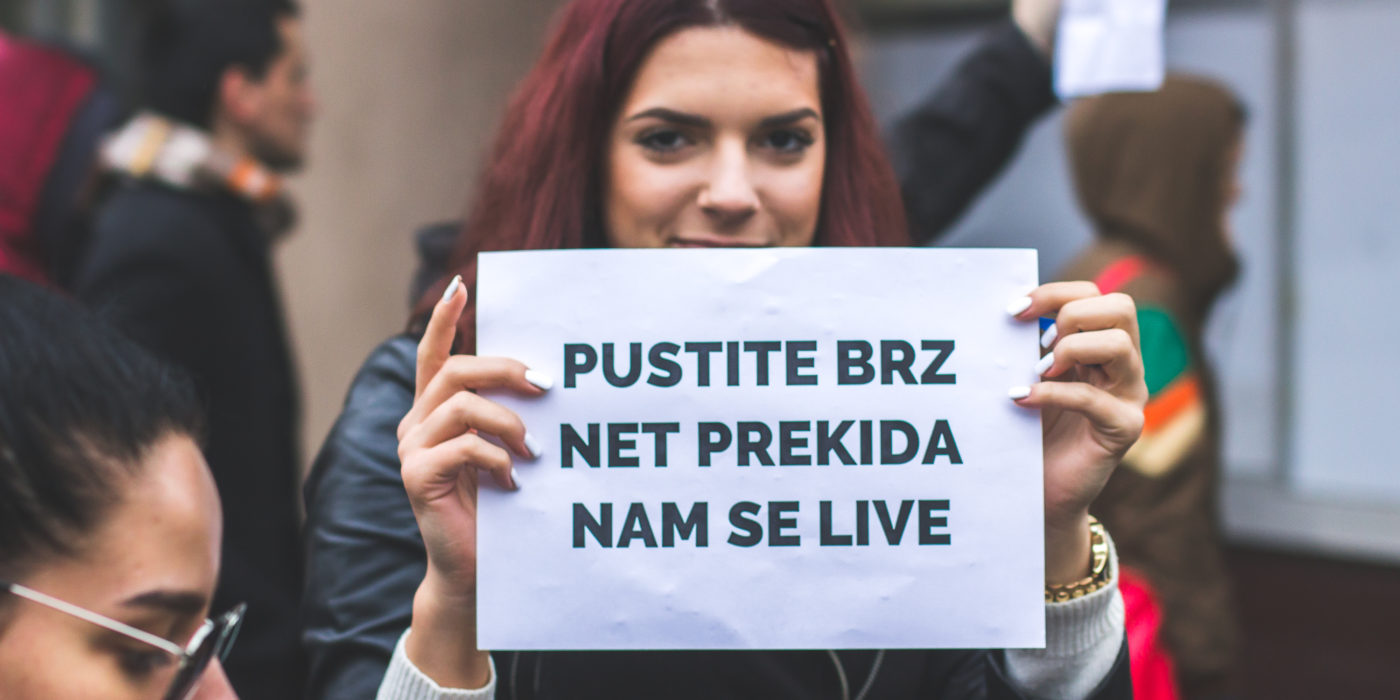 The Coalition of journalists’ and media associations demands of journalists and the media, especially public service media to report professionally on the post-election protests. It reminds of the obligation of journalists to “accurately, objectively, comprehensively and timely report on events of public interest, respecting the public’s right to know the truth” and that “the right of the media to have different editorial concepts obliges journalists and editors to make a clear distinction between fact and comment, assumption and speculation”.

Media Coalition points out that “public service media have a legal obligation to act in the public interest and not in the interest of the Government” and reminds colleagues that “auto-censorship is a dangerous mental manipulation, whose consequences on the profession and society are far more dangerous than censorship.”

Professor at the Faculty of Philosophy of University of  Nis Zoran Jovanovic believes that censorship is much more present nowadays. “There has not been that perfidious and heavy pressure on journalists until now. The Government has consolidated and journalists allowed people who have nothing to do with journalism to their ranks. Journalists slowly began to step away due to the pressure, and a journalist who withdraws de facto is no longer a journalist”, he explains, adding that he is proud of his students who are on the streets. “I think young people need to express their opinions, this is their time, and there will be no other time for them to express themselves, they certainly will not say anything when they are older” specifies Jovanovic.

The Media Coalition reminds that falsification of reality and ignoring the actual events of public interest, such as protests, is unacceptable. Coalition of NUNS, NDNV, ANEM, AOM and Local Press also encourages journalists to oppose the editorial requirements which are not in accordance with the professional and ethical standards and can damage the reputation of journalism.

“The difficult economic situation can not be anyone’s justification for not doing his job. Every profession has risks, and if journalistic profession is more riskey, media professionals must be aware of that a priori. You do not choose this job to be a hipster or a celebrity, but to do a responsible, often risky job”, concludes Professor Jovanovic.