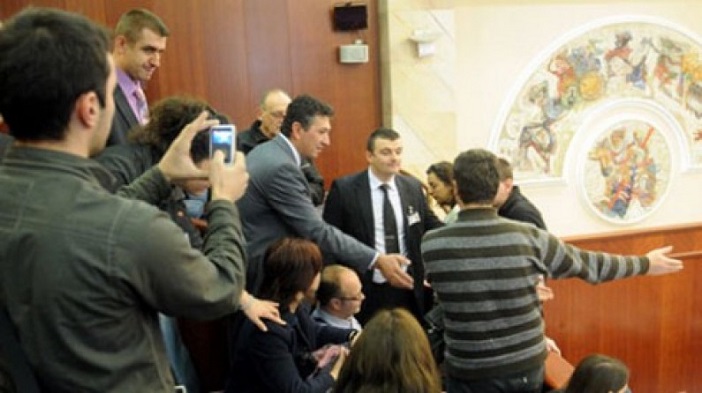 The Court decided on the appeal of six journalists, due to the violent removal by security officers from the Assembly gallery where they were following the parliamentary debate about approval of the State Budget on December 24, 2012. In addition, the decision applies to the fact that their claim to protect the freedoms and rights of journalists was dismissed by the Constitutional Court of the Republic of Macedonia.

“The decision of the Strasbourg Court, which is the first of its kind in Macedonia, is a great success for the Association of Journalists, who strongly defended the freedom of expression, without which there would be no professional media and democracy in general. This is the best proof that our mission is accomplished. We managed to present the facts in front of the Macedonian and European public that there are serious violations of freedom of expression in Macedonia”, reads the statement of AJM.

They believe that the Court’s decision is a „red card“ for the errors of the Assembly and the Constitutional Court – institutions that shall guarantee the protection and promotion of human rights.

„Not to forget the responsibility of the police, which served as an instrument for violation of human rights. We as AJM wanted to resolve this issue within our institutions. We used all the domestic legal procedures to reach justice, but we were blatantly ignored and rejected, added AJM.

“This decision is not something that will be spoken about for three days. This is a decision that will be spoken about in the next 50 years. Following this decision, no one in Macedonia can claim that violation of freedom of information and the violation of rights of journalists are just perception, but that these rights were violated in the country. This decision will never be forgotten,” said Naser Selmani, president of AJM for Аkаdemik website. He added that AJM will initiate meetings with institutions, the courts, the legislative and the executive government, requiring action on the decision of the European Court.