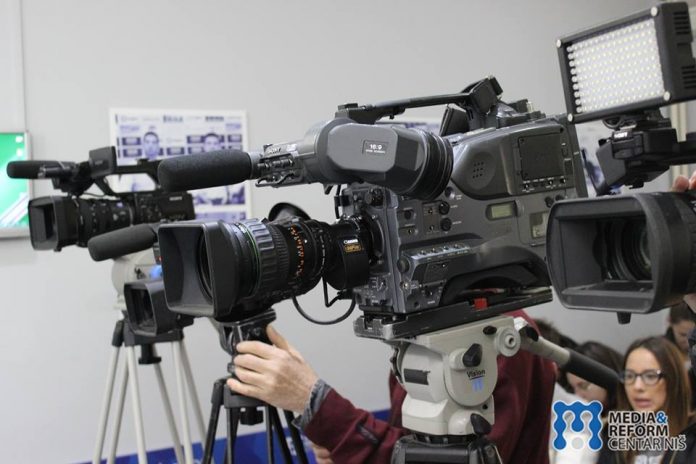 Public media in Serbia is not very original. The patterns that shape international media environment are the same in our country. Local tabloids are neither better, nor worse than their equivalents in Western Europe, but have a greater impact on less educated publics. More than often, “serious” media find it hard to prove their distinctive attributes to separate them from the so called “trash” media. In order to survive a mercantile environment, they adopt relative tabloidization of their content. Meanwhile, tabloids are trying to be taken seriously.

Internet and social networks, and dissemination of information at “light speed”, lead print, and even broadcast media, to defensive strategies in front of their users, without whom they have no reason to exist.

Therefore, media have to resort to “additional formula information”, focusing on interpretation of news, while reporting new data is not the primary focus. And inevitably, this imperative leads to the falsification of truth and global tabloidization.

Serbian media, unlike printed and electronic media from the rest of the civilized world, suffers from pathological alterations of daily politics, and from public misinformation. Even if “absurd facts” are part of our everyday reality, media proves ready to embrace with open arms (evaluative, aesthetic) pollution that inevitably comes from public life, and also to be generators of further pollution.

As a result, media seems to do worse than Serbian politics. Media general tabloidization leads to tabloidization of politics, Government and society, and of the entire public space. So, media becomes an active part of problems that can often jeopardize basic values of society.

Serbia is in a permanent campaign, a permanent crisis, under fictitious or real threats, and media is constantly under pressure.

The intention of the ruling oligarchy (the Prime Minister and a group of people around him) to control the media can’t be hidden any longer. In fact, these power centers mainly control key people in the media, chief editors, and leaders, by giving them some benefits, as condition to promote certain disinformation models, which violates all the principles of freedom of information, and therefore of freedom of people. The election campaign, even before elections were called, drove some media straight to the sensationalist landfill. The alleged conflict between Aleksandar Vucic and Tomislav Nikolic, was an obvious professional and moral downfall of “analysts”, who do not even hide their servile bias for the Prime Minister.

That group of people, who were taking turns in appearing on public service media or TV “Pink”, publicly and brutally insulted Tomislav Nikolic, convinced that Vucic would like that. Still, just a day later, they changed their point of view and praised him, this time believing that Vucic would appreciate that.

Tabloids under the control of the Government continuously construct cases against the other presidential candidates, with charges based on filthy insults and imaginary sins.

Constant pressure on journalists who are coming to press conferences, and are not in the  graces of the prime minister, leads to hesitation, professional and personal anxiety when asking questions, and to the worst form of censorship – self-censorship.

The positioning of media outlets at the beginning of the election campaign has an impact on both newsrooms and presidential candidates, as they have fewer resources, mainly private, very different from the state media and tabloids that Aleksandar Vucic uses.

Three critical, dangerous pieces of information have been aggressively distributed through public and tabloid media in Serbia, which is under the control of the current regime:

First: with Aleksandar Vucic leaving his ruling position, instability would be the prospect for Serbia;

Second: all those who want Aleksandar Vucic to leave the Government, are not only his enemies, but also enemies of the state;

Third: there is no other good candidate, who could replace A. Vucic.

The above mentioned arguments (of which the first and the third are mutually contradictory, and the second is simply frightening) are constantly fed to the public, not from real concern for the Serbian people, but as a part of an authoritarian mechanism, that links this objectively unsuccessful Prime Minister to the fate of society.

Essentially, this dangerous misinformation structure strongly prejudices fundamental freedoms, and not just the right to public information and democratic elections.

State-controlled media and tabloids under the Prime Minister’s influence, informal pressure groups, and Government members, have been presenting Aleksandar Vucic’s victory in the presidential election as a done deal, and voting as a routine formality. Expressing any doubt about it, or the belief that Vucic could be defeated, is seen as betrayal by his supporters.

Therefore, presidential elections in Serbia will also mean a fight for media freedom. And the defeat of the “unbeatable” candidate would be the most reliable indicator of the way to recovery.