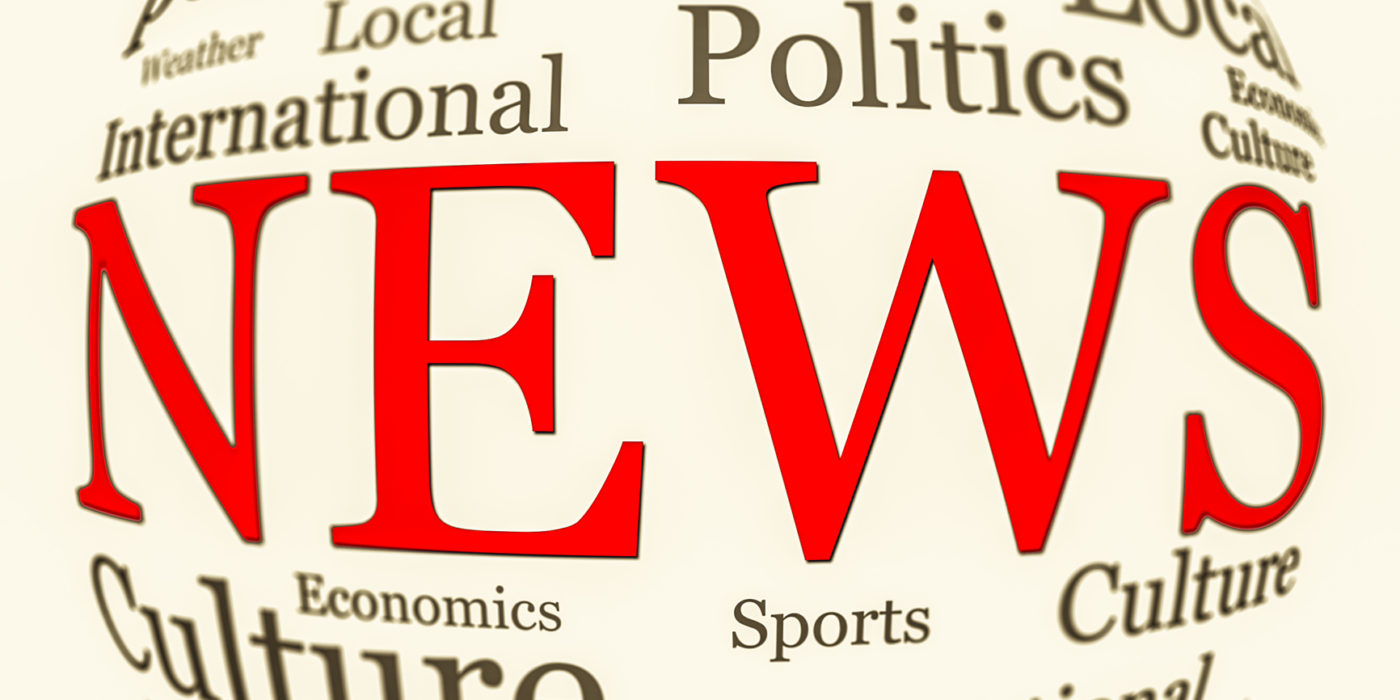 Public media services both in Western Europe and in poorer parts of the continent are being re-examined with their position and role.

Bosnia and Herzegovina has for years failed to come up with an answer to the question of a functional system of collection of radio and television tax, which has been the subject of numerous fierce discussions in parliament. Announcements by BHRT that it will stop producing and broadcasting its program provoked a short-lived uproar in the media space, among politicians and citizens, but after the uproar no concrete solution was left.

Financial problems have plagued BHRT for years and the tax that is collected from citizens is shared with the two entity broadcasters, FTV and RTRS. Due to lack of funds, the three public media outlets are in a situation in which they often behave as private media in the advertising market, while at the same time being vulnerable to political influences.

Economic and political factors influence public services in many better regulated and stronger European countries too, and although most of them have already come up with models for public services (methods of management, regulation and tax collection), in western Europe, like in Bosnia and Herzegovina, they face dangerous challenges.

After the international financial crisis broke out in 2008, the financial elites showed their face, going unpunished in a big part of the world (except Iceland) for dangerous manipulation with citizens’ money. The fear increased that attacks by market-driven neoliberal capitalist “liberation” might also be directed at media, even at public services which had seemed, since their founding, to be especially protected systems.

In the Balkan part of Europe (regardless of whether countries such as Croatia are in the EU, or not), along with these market dangers, what is constantly present is political pressure, as well as the unsolved basic questions of collection of radio and television subscription fee and financial sustainability – such as in Bosnia and Herzegovina or, until recently, in Serbia.

It is characteristic in our region that when the question of subscription fee is raised, it is exclusively talked about as a question of paying a state-imposed fee, while we do not have a clear idea of what the public service is and whether we need universal access to good information, the same way that we are supposed to have good schooling and healthcare, because it is important for the mental and physical health of the nation and because information is a necessary foundation for democracy.

That information should be considered a public good just like education is asserted by an economics professor from the Paris Institute of Political Studies, Julia Cagé, in the recently published book “Saving the Media: Capitalism, Crowdfunding, and Democracy“. She suggests that information should be treated like education and that the state must support it by investing in media. A new law is also being discussed in France, which will affirm information as a public good that must be independent.

A long-time Swiss Radio correspondent from the Balkans, Walter Miller, in an interview with Media.ba, says the main pressure that the idea of neoliberal capitalism is now putting on media is that – the “market will solve everything”. In Switzerland, a referendum was recently proposed on whether public services should be privatized, with the argument that all media should have the same market positions.

“It surprised me,” says Miller, “but even the idea of such a referendum question was rejected and the referendum will not be held”.

“The public service is talked about all the time and three months ago the Government of Switzerland issued a press release expressing a strong commitment to the Public Service. The release explains what the public service should represent and it expresses opposition to neoliberal aspirations to dissolve it. Public services are not state companies; they are half-state, half-private. Like the postal service, electricity and water, television and radio and protected zones. They are not given completely to private entrepreneurs, otherwise the market would destroy them,” concludes Swiss Radio’s Balkan correspondent.

“Seventy-five percent of the Swiss Public Service’s revenue consists of subscription fee and 25% comes from advertisements. The whole budget is divided among four parts of the Public Service, which cover the four official languages in use in the country,” he says and explains that the key to success in dividing the money is – balance – like in everything else in Switzerland.

In Switzerland there is a specific system of control of the Public Service, a link with citizens. This system is citizens’ non-profit associations: Parent organizations. Each linguistic region has its own association for its part of the Public Service. According to the law, parent organizations are supposed to monitor and report on Swiss Radio and Television’s program.

Walter Miller explains that it has not happened that directors of the Public Service were replaced after elections and that political pressure, although it does exist of course, during his career has never turned into censorship.

“We discussed the quality of reports, I corrected them if I did not write or see something well, but that was just qualitative correction”.

In response to our question – is not every society faced with the problem of censorship when the society’s secrets or internal wounds are opened – Miller recalls that in Switzerland information on how much banks had participated through investing in the apartheid regime in the South African Republic did not become public until Nelson Mandela came out of prison. That kind of information only appeared after that.

In Iceland, tax for the Public  service is paid by all citizens 18 to 80 years of age, explains Birgir Gudmundsson, former journalist and now editor of Journalist magazine of the Union of Icelandic Journalists and lecturer at the University of Akureyri.

“There is no problem with collection of subscription fee, although the Government had previously tended to use that money for other purposes,” says Gudmundsson. “The Public Service must fulfill many conditions that are written in regulations adopted through EU declarations and it covers nearly half the budget with profit from commercials”.

“Before that, the Steering Board which is elected in Parliament could also interfere in program policy. However, despite these changes, we still have debates on whether the Public Service was operating without pressure, but the influences are felt less than before,” says Gudmundsson.

Our interviewee from Iceland says the Steering Board is supposed to name the director of the Public Service and he is responsible for the editorial policy.

“Although politicians should stay away from influences on the Public Service, since 1930, when the Radio was founded, there have been constant discussions on whether the program is politically neutral.”

“In Slovenia, the position of the Public Service is a big public topic,” Jernej Verbič, editor at Delo and vice-president of the Slovene Journalists Society, explains the situation in Slovenia for Media.ba.

“There are no problems with collection of subscription fee which is tied to the electricity bill, but in terms of program the Television is in crisis and wanders between whether to compete with commercial televisions in ratings or not. Several weeks ago, a public debate was launched on the media development strategy. Based on the strategy, a new Media Law will be developed, after which a new Law on the Public Service is supposed to be passed,” says Verbič.

He mentions that the Program Council – the main management body at the Public Service – has a lot of responsibility and that the influence of politics on it is strong.

“It is now being considered how to develop a better management method,” says Verbič.

“For instance, Pop Television’s show ‘Provereno’ is trusted the most and has become a brand after fifteen years of broadcasting. The show ‘Epilog’ was on the air for two seasons, but unfortunately it was too costly for commercial television and they terminated it. These shows were trusted more than the Public Service program. However, the position of Public Radio is different; this broadcaster overall enjoys the biggest audience trust,” asserts Verbič.

When asked how he would solve the problem of regulation of the Public Service, Verbič says that this matter was discussed many times and a good solution was not found.

“If politics directly appoint people who will manage it – that’s not good. We even had a situation that civil society organizations selected the Public Service management, but that was not good either because politics had an impact even through these organizations. Now there are proposals that the Government appoint experts to the Supervisory Board and that they be from universities, but I think they too would be people who are close to political parties.”

In Slovenia there is no clear idea of what the right model is, says Verbič, but adds that there are some examples from which lessons can be learned. He mentions the example of the Slovenian State Agency, which is not a limited liability company and not a public service – it is supported from the budget and partly from selling news and media content, and it is perhaps the most stable media outlet yet.

“They have development which is good, they are modernizing at a higher speed than before, they have stability. Perhaps that’s it,” concludes Jernej Verbič.

In Bosnia and Herzegovina, several different solutions have been discussed for quite some time, but no proposal has secured the consent of all political parties, which is needed to amend the law. The issue of creating a corporation of public broadcasters, which has been disputed for many years, is stalling many processes, and while there is talk on BHRT’s jeopardized program, at the same time there are dissatisfactions with the program, doubts regarding its financial operations, lawsuits and arguments among managements of the three public broadcasters, while many citizens in the meantime are not paying the tax.

The article was originally published by MediaCentar_Online.