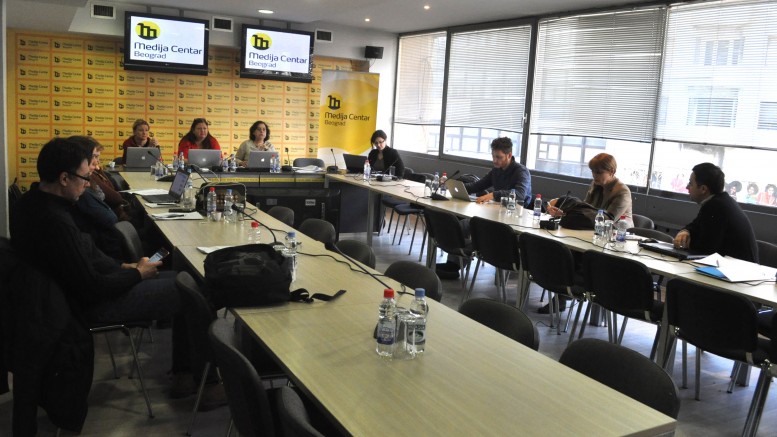 South East European Media Partnership program continued with a steering committee meeting, held in Belgrade on 19 February. Representatives of the partners in the project gathered to analyze the achievements so far as well as the next activities scheduled in the region. The meeting was organized with the kind support of the Serbian partners: Media Center Belgrade and Media Reform Center Nis.

In its first year of activities the project succeeded in creating viable and functional working mechanisms and teams in all countries. The project members have conducted the research and completed the reports and on the situation of journalists’ employment conditions. The reports will be launched in a cascade of events that would encompass months February to April.

The reports will be discussed  during national workshops and  advocacy training sessions in all five IPA countries (Albania, Bosnia Herzegovina, Macedonia, Montenegro, Serbia). The national events aim to familiarize journalists with the results of the research and to stimulate their participation in identifying solutions to the issues highlighted by the reports.  A training session in advocacy open to a diverse audience will add to the national activities.

The partners also produced the first series of reports analyzing the impact of the Charlie Hebdo attacks in the  region. The reports are to be launched by the end of February.

“This was our “quiet year”, a time of growth and thorough research. The project will pick up speed and in just a couple of weeks the knowledge about the region will be enriched with a wealth of information and recommendations produced by our capable partners, those who know the local media community like no others”, said Ioana Avadani, project coordinator.

SEE Partnership for Media Development is implemented by a consortium of media organizations from Albania, Bosnia-Herzegovina, Macedonia, Montenegro, Serbia, Bulgaria, Romania.  Media professionals from Kosovo and Turkey will also be involved. The project addresses three topics: labour conditions for journalists, media education (both for journalists and the public) and freedom of expression at large.

The Project is co-financed by the European Commission, the Civil Society Facility, Media Freedom and Accountability Programme, EuropeAid/134613/C/ACT/MULTI